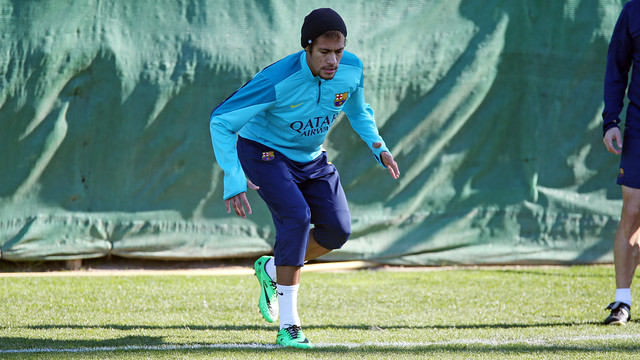 Neymar Jr trained on Friday morning in the company of physio Juanjo Brau, the first time the Brazilian has been seen on a football field since getting injured 15 days ago against Getafe.

If all goes to plan, the striker should be back playing again in one or two week’s time.

Out for four games

Neymar suffered an unfortunate injury in the 22nd minute of the 2-0 win in the Copa del Rey. He has been forced to sit out the recent clashes with Levante and Malaga, as well both legs of the cup quarter final against Levante.

The team’s next matches will be against Valencia (league), Real Sociedad (cup) and Sevilla (league).