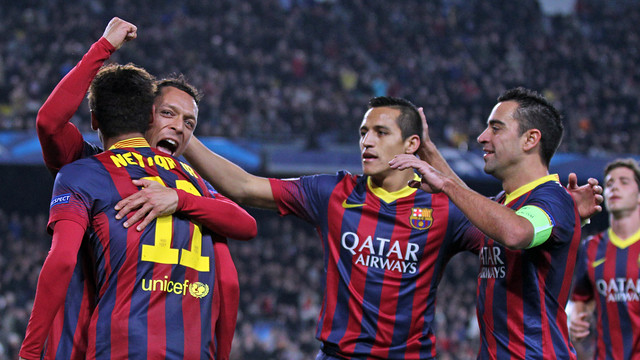 Barça are the league leaders with 50 points from 57 possible points, and 53 goals scored and 12 conceded

Pedro and Alexis are the team’s highest scorers (11), and Cesc is the player with the most assists (10)

Now that the first half of the 2013/14 La Liga season is over, it’s time to take a look back at the team’s performance. Barça are league leaders on 50 points, the same amount as Atlético Madrid, but the Blaugrana have a better goal average. Barça are also the team that have scored the most goals (53) and they are the team that have conceded the second-least amount of goals (12). Here’s an overview of the team’s stats from the first 19 rounds of the competition:

When it comes to individual feats, Pedro and Alexis are the team’s highest goal scorers in the competition. They are followed by Messi, with eight goals. Gerard Piqué is the player that has played the most minutes (1,428), ahead of Cesc (1,362) and Valdés (1,350). Cesc is also the player with the most assists