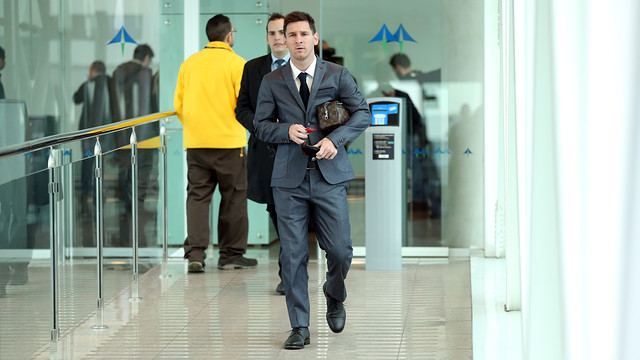 The team flew to Madrid this morning for the game with Atlético Madrid at 20.00

The Barça expedition arrived in Madrid at midday ready for the 20.00 kick-off against Atlético Madrid at the Vicente Calderón, the huge clash between the teams currently first and second in the Liga table. Tata Martino is taking 22 players, including Messi and Neymar, who were the main focus of media attention before catching the plane today.

This is the first of two Barça trips to Madrid in less than a week, as they’ll be returning on Thursday for the second leg of the cup tie with Getafe.