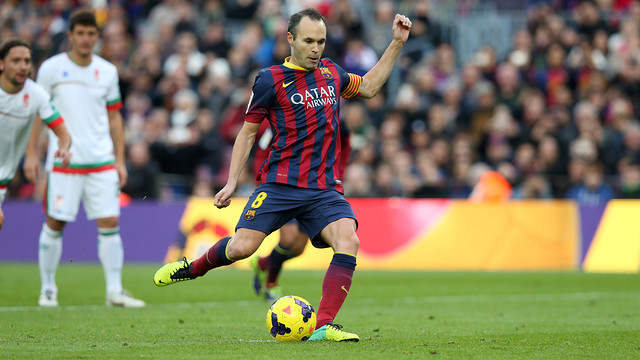 For the second year on the run, the Barça midfielder has won the IFFHS award

FC Barcelona midfielder Andrés Iniesta has been voted the world’s best playmake for the second year running by the IFFHS (International Federation of Football History and Statistics).

Iniesta recieved 38 points more than second place  Mezut Ozil who joined Arsenal from Real Madrid in the summer, and 45 more than Juventus’ Andrea Pirlo. Barça’s Xavi Hernández,who won teh award for four seasons between 2008 and 2011, was this year placed fifth.

Last week, the IFFHS proclaimed Lionel Messi as the leading scorer in major leagues following his 46 goals last year, 12 more than Cristiano Ronaldo in second spot and 15 more than  Wilfried Bony  in third who scored 29 with Viesse Arnhem before joining Swansea in the summer.

The ranking for teh world’s best playmakers 2013was: