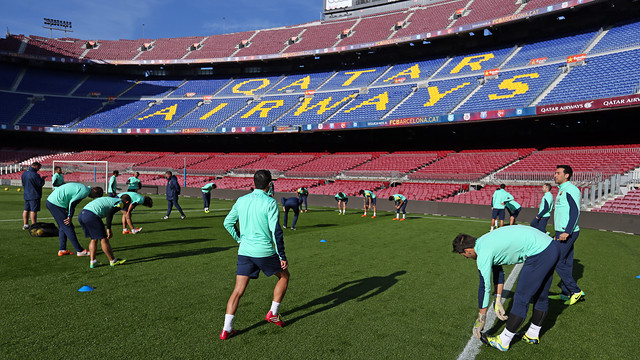 FC Barcelona have trained at the Camp Nou with the 18 players picked for tonight’s fixture with Villarreal at 20.00

Gerardo ‘Tata’ Martino has taken the final training session before FC Barcelona meet Villarreal this evening at 20.00 in the Camp Nou. The workout was in the same venue as the match and involved the eighteen players named in the squad.

When it was over, the players were transferred to Hotel Princesa Sofía, where they will rest for the afternoon before returning to the Camp Nou shortly before kick-off.