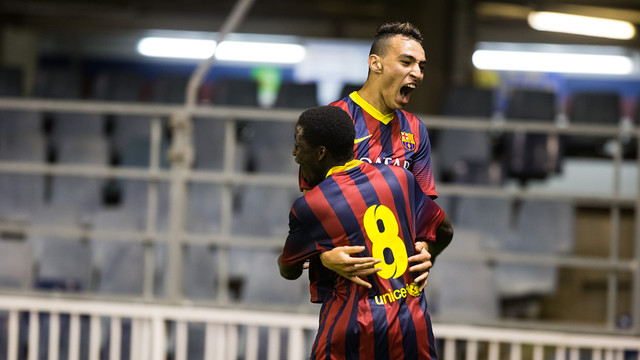 FC Barcelona’s Juvenil A team will face Copenhagen in the round of 16 of the UEFA Youth League. The team managed by Jordi Vinyals will host the Danish team at the Miniestadi on the 18th, 19th, 25th or 26th of February for the one-match tie.

It’s worth noting that Barça reached this round of the competition after winning five and drawing one of their group stage matches. Copenhagen finished second behind Real Madrid in Group B, Juventus and Galatasaray were eliminated.

Quarter-finals at the Mini if Barça qualify

In the event of Barça progressing to the next round, they will face either Arsenal or Shakhtar Donetsk. The match would be at the Miniestadi on the 11th, 12th, 18th, or 19th of March.

The final is slated for April 14.