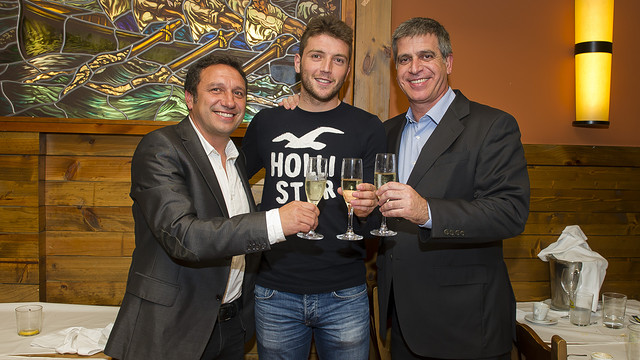 Barça B’s players and technical staff gathered this Tuesday for the traditional Christmas meal at Txalaparta restaurant in Barcelona.

The meal was also attended by Director Jordi Mestre and the directors of the Athletic Commission who accompany the team to Liga Adelante matches: José María García Meranges, Josep Maria Huhuet, José Contreras and Santi Ballesté.

Mestre wished the team a good start to 2014 both professionally and personally, while Eusebio told the players to take advantage of the Christmas break and rest up ahead of the second half of the season.

Sporting Gijón will be Barça B’s last rival in 2013. The match, which corresponds to Round 19 of the Liga Adelante, is scheduled for this Saturday at 18.00. The team will then enjoy a couple of days off before returning to training on December 30.