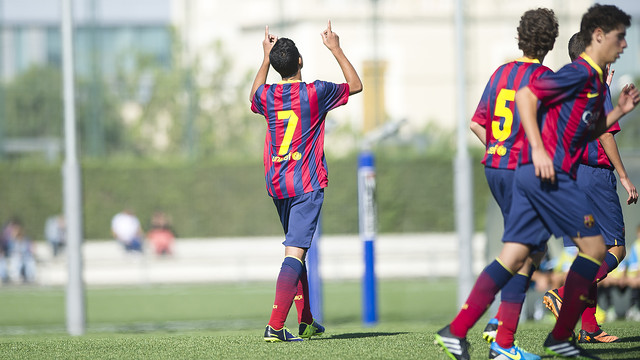 Perhaps the most notable goal was Infantil A’s against Espanyol

Here’s the newest edition of the top five goals of the week scored by FC Barcelona’s youth teams. The goals were scored during the weekend of November 9 and 10. Perhaps the most notable goal was scored by Infantil A’s Sergi Gómez against Espanyol.