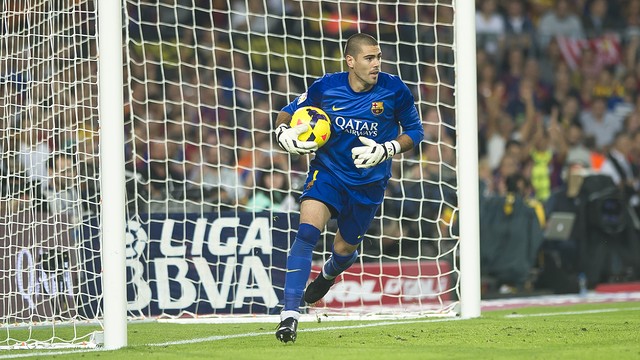 According to the Club’s medical services, tests confirm that Víctor Valdés sustained a proximal myotendinous rupture in the calf muscle of his right leg. The keeper will be out of action for approximately six weeks.

Valdés picked up the injury last night during the international friendly between Spain and South Africa in Johannesburg. The keeper came on for Iker Casillas in the second half, but he was forced to abandon the pitch on the 80th minute due to his injury. Reina came on in Valdés’ stead.

This season, Valdés has featured in 19 official matches with Barça and he’s conceded 11 goals. The keeper will most likely miss the team’s next eight matches: four in La Liga (Granada, Athletic Club, Villarreal and Getafe), two Champions League matches (Ajax and Celtic) and two Cup matches (the tie against Cartagena).