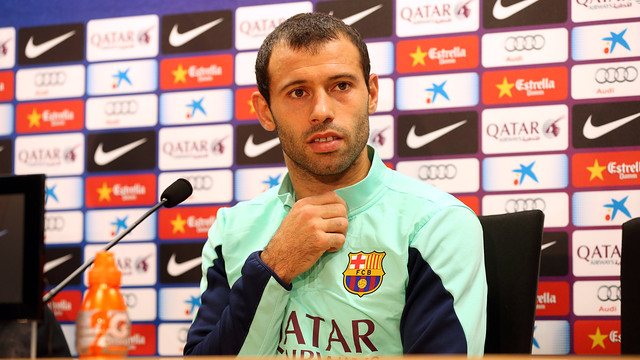 “Unfortunately, we’ve had some injuries but that’s why you have a big squad”, the Argentine explained

Javier Mascherano gave a press conference on Thursday and spoke about the rash of injuries that has hit the Club and about the upcoming award of the Golden Ball.  We sum up his comments in ten phrases.