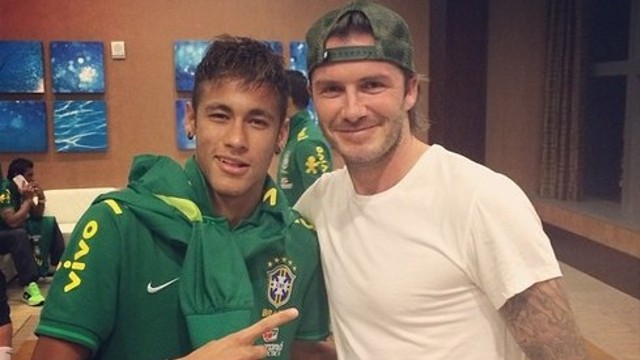 The Brazilian forward meets the former Manchester United, Real Madrid and LA Galaxy player in the United States ahead of Brazil’s international friendly against Honduras

Neymar Jr and his Brazil team-mates were greeted at the team hotel in Miami, Florida, by the now-retired David Beckham, and the FC Barcelona forward wasted no time in snapping a photo with the football legend.

The Brazilian national team are in the United States preparing for their upcoming international friendly against Honduras (Nov. 16). After Saturday’s match, Brazil will take on Alexis Sánchez’s Chile on Tuesday, November 19.