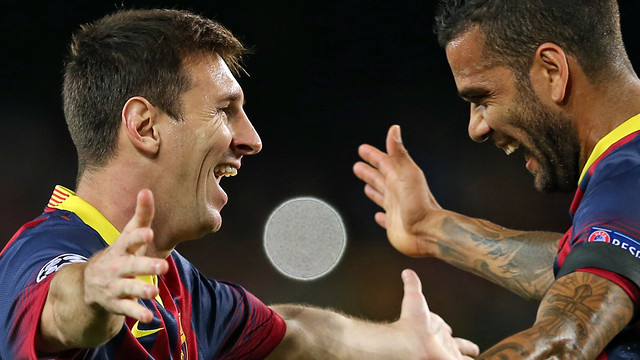 The Italians, with Balotelli ready for action, have been unable to win in their last four matches

This Wednesday’s match will bring together two of the continent’s most storied football teams for what is considered to be a classic in European football, a Barça v Milan showdown. A victory for FC Barcelona would see the Blaugrana qualify for the next round of the competition. What more could you ask for?

Tata Martino has named a total of 20 players to the team for this evening’s match. The good news is that Adriano Correia is match fit after he missed the Barcelona derby on Friday against Espanyol. Only Oier, Cuenca and the injured players –Alba, Dos Santos and Afellay– didn’t make the team. Rotations are expected, but perhaps not as many as usual.

AC Milan don’t come into the match at the Camp Nou on their best form. The Italian team are currently 12th in the table and they are closer to the relegation zone (3 points away) than they are to the spots that give direct access to European play next season (10 points). Unable to win in their last four games, there’s speculation that the AC Milan manager Massimiliano Allegri could possibly be sacked.

AC Milan travelled to the Catalan capital with Mario Balotelli, who missed the match at the San Siro, and Kaká and Robinho. Sumidero, who’s been out of action for three months, is also back with the team, while El Shaarawy is still injured.