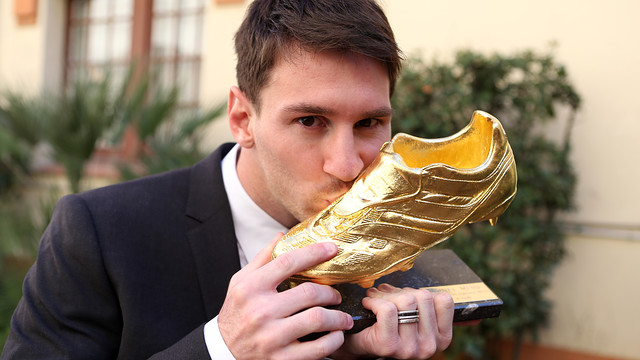 The award ceremony will be streamed live on www.fcbarcelona.com and broadcast live on Barça TV

The event will be celebrated at the Old Factory Damm in Barcelona. The trophy will be awarded by ESM (European Sports Media).

Among the attendees, in addition to Messi, will be President Sandro Rosell, vice-president Josep Maria Bartomeu and the directors Jordi Moix, Pilar Guinovart and Ramon Pont.