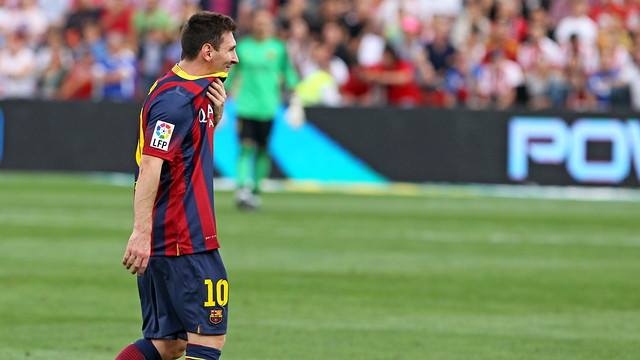 Leo Messi picked up an injury to the femoral biceps of his left leg in this evening’s match against Betis. He will undergo additional tests on Monday to determine the exact extent of the injury. The Argentinian abandoned the pitch on 21 minutes, Andrés Iniesta came on in his stead.

Messi picked up his most recent injury at the end of September, when he sustained a knock to his right hamstring. The injury forced the player to sit out two matches, the first in the Champions League against Celtic and the second in La Liga against Valladolid.

The Argentinian was also left out of the squad by Tata Martino in Round 2 of La Liga, against Málaga, as a precaution. A few days later, in the first leg of the Spanish Super Cup, Messi sustained a post-contusional intermuscular hematoma in the femoral biceps of his left leg.