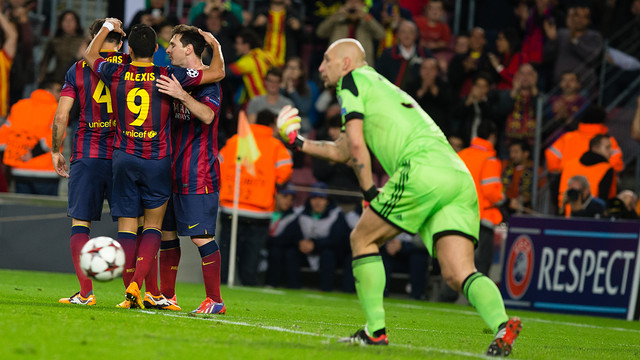 After beating AC Milan 3-1 last night, Barça are into the last sixteen of the Champions League. And it’s by no means the first time they have fast-tracked their way into the knockout stages. In fact, in only two of the last ten editions have they needed to wait until the last game to confirm their place.

Barça have made it into the last sixteen in every edition of the Champions League since 2004. And only twice has that qualification gone down to the last game. The first was in 2009/10, when they eventually topped their group ahead of Inter, and the second was in 2006/07, when they had to settle for second behind Chelsea.

Having secured passage, Barça’s next aim is to finish top of the group and thus be seeded for the second round draw. They haven’t failed to do that since the aforesaid 2007 season. In the last nine years, Barça have not only made it out of the groups every time, but on all but two occasions have done so as group winners.