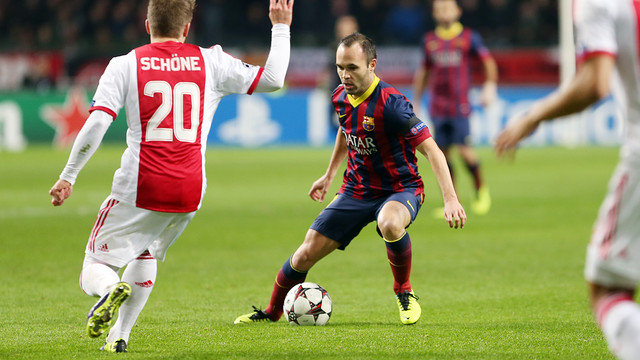 Pinto conceded his first goal in the Champions league

Pedro made his 50th appearance in the Champions League. He has scored 14 goals in the competition.

All the facts and figures from FC Barcelona’s first defeat of the season against Ajax (2-1) in the Amsterdam Arena: