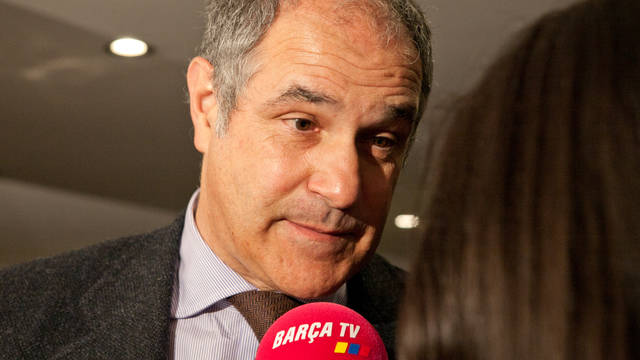 FC Barcelona’s director of football says that the team interpreted the match well and that, with the exception of a few minutes in the second half, controlled the game

“We played an intelligent match, we played in a way that best suited us,” said Andoni Zubizarreta after today’s victory in the Clásico. “It’s important to be able to read a match and this Saturday our rivals played a tactical game. I think we interpreted it well,” added the FC Barcelona director of football. Zubizarreta noted that Barça and Madrid are two of the biggest teams in Spanish football and that they respect each other but that Martino’s men had chances to put the game beyond Madrid’s reach: “Up until the second half, when Madrid pressed us more, we had the game under control. We had the chances to score more goals but we weren’t accurate.”

When asked about Neymar and Alexis’ performances, Zubizarreta gushed: “You can’t ask anything more of Neymar. He showed his quality, his audacity and he scored a goal in his debut. Alexis scored a type of goal that gets the fans out of their seats. It looked as though he didn’t have too much room to shoot, but he resolved the play in spectacular fashion.”

The director of football also admitted that he had an emotional reaction to the mosaic in the Camp Nou before kick off: “It was moving. I hope the energy of the people went directly to him. I don’t know if it will cure him but this was a demonstration of affection to Tito from all Culés.” He added: “The team are progressing adequately but we have to face Celta this Tuesday, they just defeated Málaga by 0-5.”