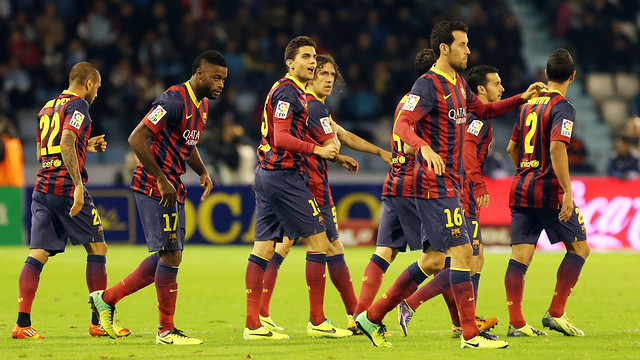 Friday’s Camp Nou derby sees both Barça and Espanyol well placed. Barça are enjoying the best ever start to a season, with ten wins, one draw and no defeats. Meanwhile, Espanyol have 15 points and for the time being are well clear of relegation and have an eye on European qualification. These are the two sides’ stats so far this season:

The stats from these 11 games show the attacking potential of Martino’s side, who are averaging 3 goals a game, as well as the sensational start to the season from Victor Valdes, who has made more saves than Espanyol’s Kiko Casilla. They also show that Espanyol themselves are a team who attack down the flanks and are also quick to recover possession.