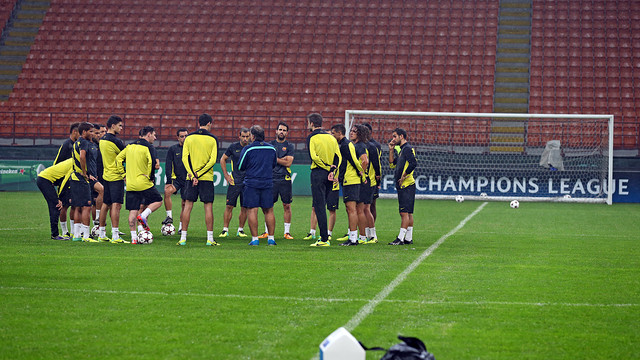 The first team trained this Monday evening on the pitch of the San Siro, where tomorrow they will face Milan in the third round of the Champions League group stage (20.45). Tata Martino led all 21 of his his men in a light session, the only player to not participate was Oier Olazábal due to a knock on his right thigh.

Practically all of the Barça players have played in the San Siro at one point, especially after last season’s round of 16 match away to Massimiliano Allegri’s men.