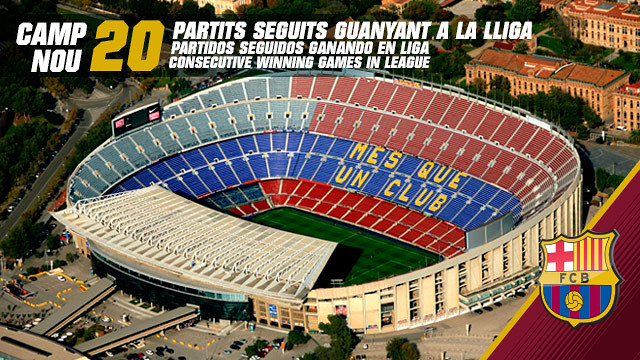 The most common result has been 4-1, which has been the outcome on four occasions

When Barça fans head to the Camp Nou every fortnight or so to watch a league match, not only do they know that they are guaranteed tremendous football, but they can also be fairly certain that their team is going to win. All twenty of Barça’s last home fixtures have ended the same way: with the home team taking all three points.

4-1 the most common outcome

This stretch of games dates back to November 3, 2012, and in this time the most common scoreline has been 4-1. The games against Atlético Madrid and Malaga last season and against Real Sociedad and Valladolid this term all ended that way.

Similar records for Tito and Tata

The first fifteen of Barça’s winning streak at the Camp Nou contributed to the spectacular run-in to winning the league with 100 points. That was under Tito Vilanova, with Barça scoring 53 and letting in 12, an average of 3.53 goals a game for and 0.8 against.