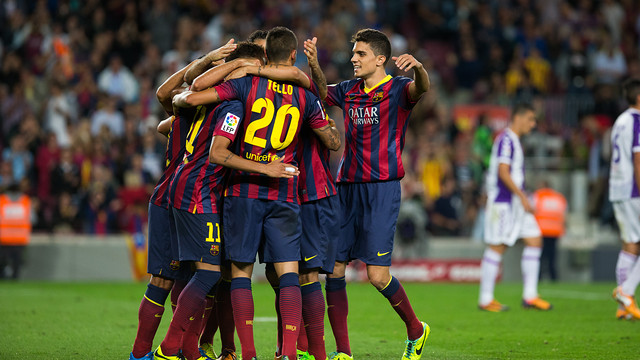 Barça have won every league game played at the Camp Nou over the last year.

The last team to take a point from the stadium was Real Madrid, who drew 2-2, since then Barça have won 19 straight games

It’s been a year since Barça dropped a point at home in the league  – a reflection of the way the team have made the Camp Nou into a real fortress over the last 12 months.

Since their 2-2 draw with Real Madrid last season, Barça have won every one of the 19 league games played at the Nou Camp, 15 under Tito Vilanova and Jordi Roura and  4  with Gerardo Martino in charge

The team have averaged nearly four goals a game(3.7)  in that winning streak , whilst averaging less than a goal a game conceded(0.8), notching up 71 goals and letting in just 16. The next big objective on the horizon is to make that 20 straight wins with the game against Real Madrid on October 26th.