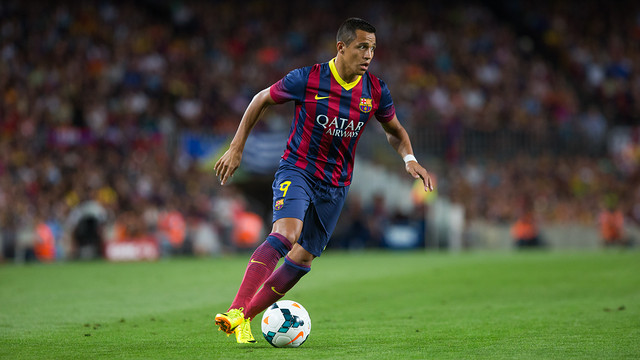 The Chilean claims that “I have always worked hard but when you score, everything changes”

Alexis Sánchez is in his third season at FC Barcelona, and things have started well for him this term, scoring four times in ten matches. And that is why he feels people have a higher opinion of him than ever this season, for “what has changed has been goals. I have always worked the same, but when you score, everything changes”. In the San Siro pressroom, Alexis also said than in his time at the club, “criticism has made me stronger and more mature … After every game, even if I score, I imagine that I have played badly and have to improve in the next match”.[[CITA_1]]

Although he does sense that the manager and players have faith in him, Alexis does not feel he has secured a place in the first eleven. “I am close but I don’t feel like a regular starter because there are other important players in the team like Tello and Pedro”.

On the game with AC Milan on Tuesday night, Alexis has a good idea what to expect after the teams met in the second round of last year’s edition of the Champions League. “We have the experience of losing 2-0, so we’ll have to into the game with the mentality of knowing that we can dominate” he said. “Milan have some great players and showed that last year. We will have to concentrate for 90 minutes.”

After every game, even if I score, I imagine that I have played badly and have to improve in the next match