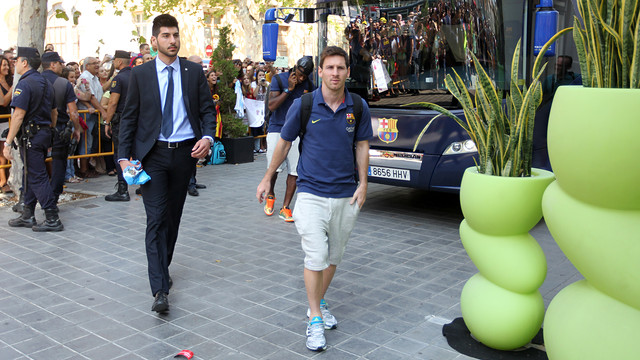 Cesc with his daughter

One of the images of the trip was Cesc Fàbregas carrying his daughter Lia in his arms as he boarded the plane. She soon became the focus of attention of the whole group.

FC Barcelona are in Valencia. The 19 players picked by Tata Martino for tonight’s match at 21.00 flew south this morning and touched down just before noon. They were then transferred to their hotel.

Messi is one of the players, on his first Liga away trip after missing last week’s game in Malaga. Adriano, now recovered from his injury, also travels, but Xavi, Alexis and goalkeeper Oier stay at home.