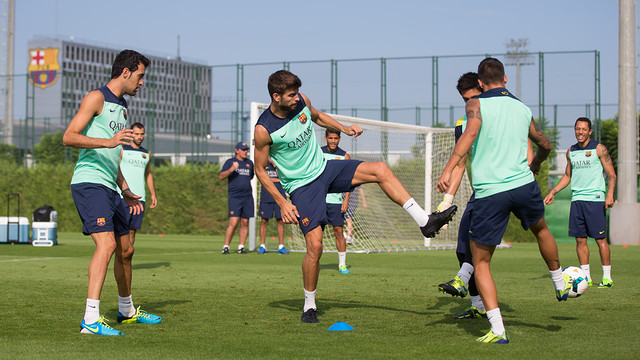 Sergio Busquets is recalled to the 19-man squad to face Real Sociedad on Tuesday.

The full squad for Tuesday

With the games coming thick and fast, boss Martino has announced a 19-man squad for Tuesday’s visit of Real Sociedad, with  Sergio Busquets recalled and Cesc rested.

In training at the Ciutat Esportiva Joan Gamper this morning, Martino led the session, which included all the available first team players, plus Carles Puyol, who again trained with the rest of the squad. The injured Isaac Cuenca was also involved, but trained apart from the rest of the group.