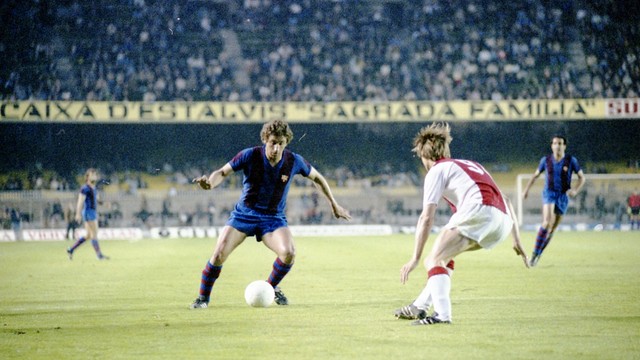 Barça and Ajax have never met in an official competition, but have played several exhibition matches over the years

On Wednesday at 20.45, the Camp Nou will be the venue for the first ever official meeting between FC Barcelona and Ajax Amsterdam. But the two historic clubs have often played each other in friendlies, such as the farewell game organised for Johan Cruyff and a preseason meeting in 2002. Here we look back at some of the highlights.