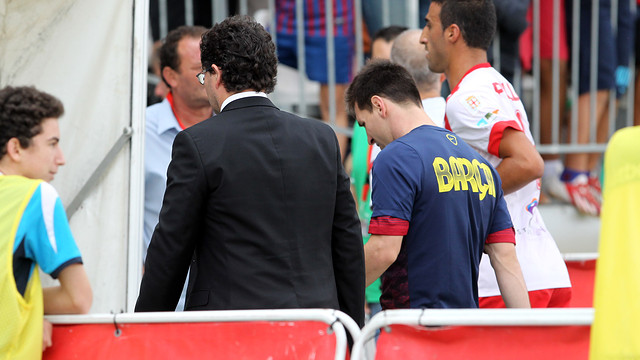 Tests carried out by the Club’s medical services this morning have confirmed the initial diagnosis that Leo Messi has suffered a slight thigh injury in his right leg.  The Argentine will be out for between two and three weeks, which means that he definitely won’t be available for the two matches coming up for FC Barcelona this week: Tuesday in Glasgow against Celtic, and Saturday in the Camp Nou against Valladolid.  That will be followed by another international break meaning that Barça will have to wait until 19th October to resume the league programme against Osasuna in Pamplona.

Messi came off injured and was replaced by Xavi after scoring the first goal against Almeria.