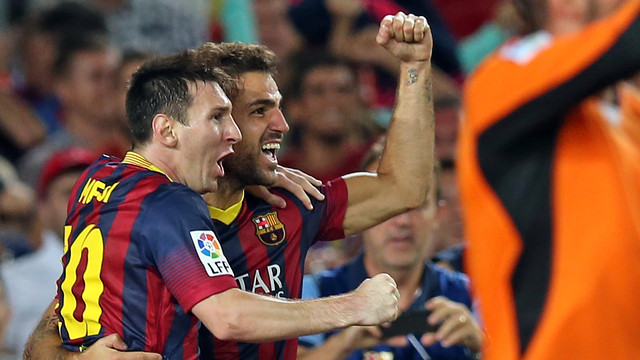 In Almeria, Barça could seal their best ever start to a league season

Cesc Fàbregas is back in the squad list of 19 players

Nineteen in the side

Tata Martino is heading for Andalusia with 19 players, including Cesc Fàbregas, who sat out the 4-1 win over Real Sociedad. The main absentee is Javier Mascherano, who pulled his hamstring on Tuesday and will be out for 10 to 15 days. That means that for the first time this season, Barcelona will not be starting with the centre back pairing of Piqué and the Argentinian.

Almeria look like they’ll be facing a battle with relegation this season, unless Francisco can inspire a dramatic change of fortune. They and Elche are the only sides that have yet to win this term, although in Almeria’s case, they have come very close, with several games only being decided in the final minutes. They have also scored at least twice in every home game played so far and like every team in La Liga, will be especially motivated by the chance to spring a surprise against Barça.