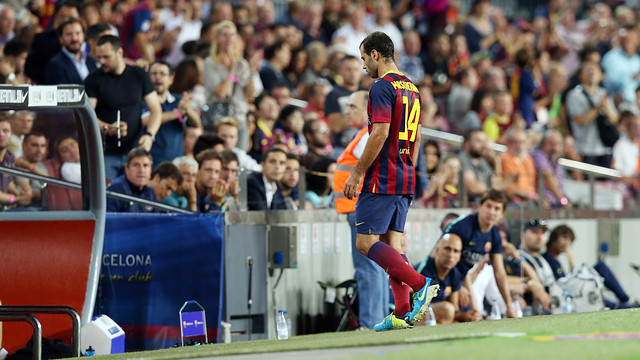 Javier Mascherano underwent medical tests on Wednesday morning to determine the extent of the injury suffered in last night’s league match at home to Real Sociedad. It has been confirmed that he has sprained his right hamstring and will therefore be sidelined for 10 to 15 days.

If the Club Medical Services are correct with their forecast, then Mascherano will miss the league matches against Almeria (September 28) and Valladolid (October 5), and the Champions League clash with Glasgow Celtic (October 1). These are Barça’s last three games before the international break. There will be no more games after that until the trip to Pamplona to play Osasuna on October 19.