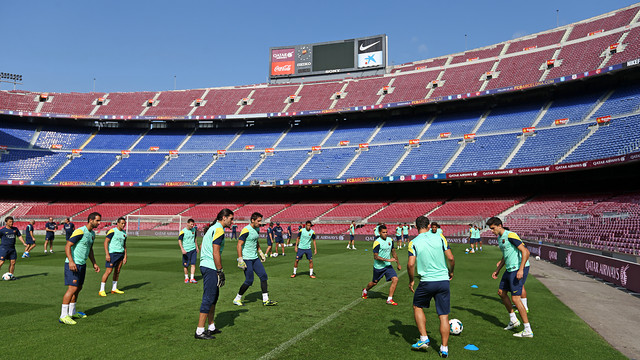 Puyol, Fàbregas and Oier joined the 19 players in the match squad

FC Barcelona had a gentle training session this Tuesday, the day of the Mercè festival, before taking on Real Sociedad tonight at 20.00. The venue was the Camp Nou, and the workout involved all 19 players picked for the game by Tata Martino and also those who were left out.

Carles Puyol, Cesc Fàbregas and Oier Olazábal were also there for a session held in fine weather. The players then transferred to Hotel Princesa Sofia, where they will rest before heading for the stadium early this evening.