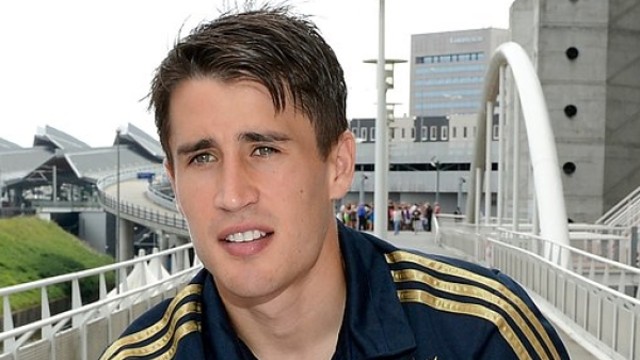 The player sent out on loan to Ajax comes into the match against Barça on Wednesday with a lot of excitement, seeing that “the club gave me everything”

“We have to be eager and serious, we must try to get a good result,” says Bojan

“I played well in my first matches for Ajax but then I was a bit off form. The first months allowed me to work on small details both individually and as a team player. We need to know each other better so that we can play better.”

Bojan Krkic will return to the Camp Nou on Wednesday just months after he played against the Blaugrana in the Milan strip. On this occasion he’ll be playing for Ajax, the team he’s been loaned out to this season. The Catalan forward is very excited for Wednesday’s match even though he knows what it’s like to play at the Camp Nou with a kit that’s not Barça’s. “Barça are the club that have given me everything, an education in football since I was a child. I learned a lot of things and they [Barça] gave me the chance to make my debut in the football elite, to be a professional footballer,” said Bojan. [[CITA_1]]

But despite his affinity for Barça, Bojan is clear that he’ll fight alongside his Ajax team-mates on Wednesday in order to ge the win. “When you play football there are no feelings. You defend the kit you’re wearing, the club and the fans for those 90 minutes of play, so you have to give it your all. Feeling are fore before and after a match, but you have to be strong when you play,” he said. The forward added that he still talks to players like Iniesta or Piqué. “I was there for four good years, the group of players is fantastic,” he said. [[CITA_2]]

“It will be a great and historic match, it’s the first time these two important European teams face off against each other.” The 23-year-old forward believes that the men managed by Frank de Boer “need to be eager and serious during the match.” Aware that Barça “are the best team in the world,” Bojan notes that “that should motivate us.”

Barça are the club that have given me everything, an education in football since I was a child
It will be a great and historic match, it’s the first time these two important European teams face off against each other