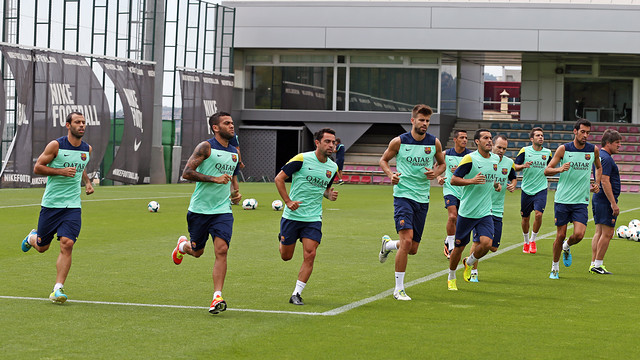 All of the available players trained on Thursday, along with Sergi Roberto, Adriano and Oier, who hadn’t travelled to Madrid

After drawing 1-1 in the Spanish Supercup first leg at Atletico Madrid, the first team got back to work on Thursday. The session started at 13.00 and included all of the available players, although the ones that started at the Vicente Calderón only did recovery exercises.

Gerardo Martino also trained with the three players that weren’t picked for Wednesday’s match Sergi Roberto, Adriano Correia and Oier Olazábal. However, Leo Messi did not join his colleagues and instead took medical tests to evaluate the extent of the troubles that led to him being substituted as a precautionary measure in Madrid.