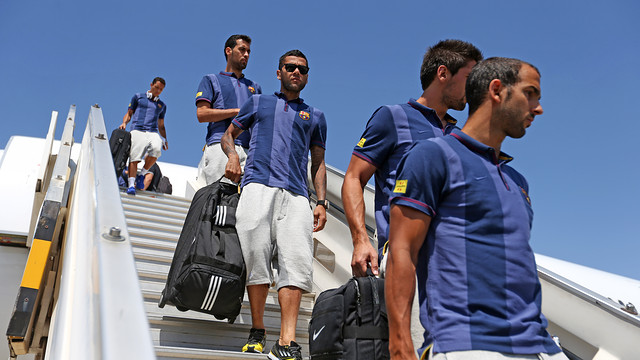 Barça brings the curtain down on a week-long tour that has taken them to Israel, Palestine, Thailand and Malaysia

The Barça party arrived back at El Prat airport early on Sunday morning after a 12-hour flight from Kuala Lumpur, the capital de Malaysia.  They set off for Barcelona immediately after the last friendly of the tour against a Malaysia XI on Saturday.

The tour included visits to Palestine and Israel, followed by games in Thailand and Malaysia.  During the six-day trip, Barça played two friendly matches and fulfilled various Club commitments.

Manager Tata Martino told reporters after Saturday’s match that the experience had been “positive”.  The two matches against teams from Thailand and Malaysia produced two wins, with 10 goals scored and just 2 conceded.