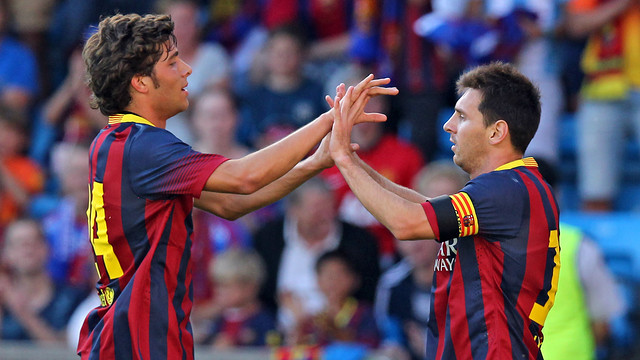 Reigning league champions start the season on Sunday August 18th at 19.00 at the Camp Nou against Levante

The second game of the season sees Tata Martino’s side visit Malaga on Sunday 25th at 21.00

The kick off times for the first two weeks of the Spanish League have been announced and Tata Martino’s team will open thier campaign at the Camp Nou on Sunday August 18th, when they play Levante at 19.00. Seven days later they will be in Malaga where they face Bernd Schuster’s team at 21.00.

Between the two first league games, Barça will travel to Madrid, where they play Atletico Madrid in the first leg of the Spanish Super Cup on Wednesday August 21st at 23.00, with the return game a week later on 28th August, also at eleven o’clock at night.