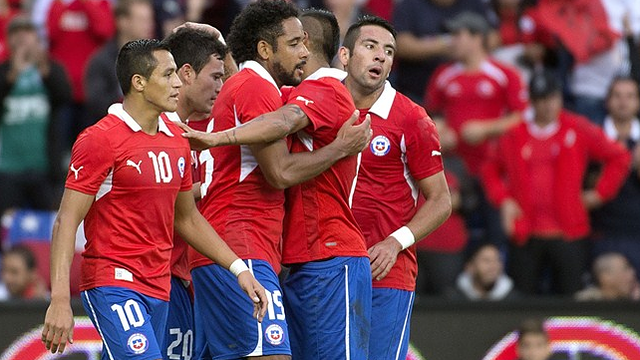 Neymar and Alves, both starters for Brazil, were defeated by Switzerland in Basel (1-0)

Sanabria and Babunski debut for their respective countries

FC Barcelona’s eight first team internationals all featured in today’s round of international friendlies. Alexis Sánchez put in a fantastic performance as he fired for two goals in Chile’s victory over Iraq (6-0). The Chilean scored his country’s second and third goals, and he doled out two assists, during the match hosted in Denmark.

Tello makes his debut for Spain

Another piece of big news was Cristian Tello’s first ever game with Spain’s senior national team. The Catalan forward, who started, played the entire match against Ecuador (0-2). Iniesta, Jordi Alba, and Valdés also featured for Spain against the South American country.

Neymar and Alves start against Switzerland

Barça’s two international Brazilians, Neymar and Alves, were both named to the starting line-up against Switzerland this evening. The match, which was played in Basel, ended in the home team’s victory thanks to an own goal from the FC Barcelona defender.

Lastly, Javier Mascherano also featured for Argentina this evening in Rome against Italy (1-2). Leo Messi, who returned to Barcelona to recover from his muscle injury, was not at the match.