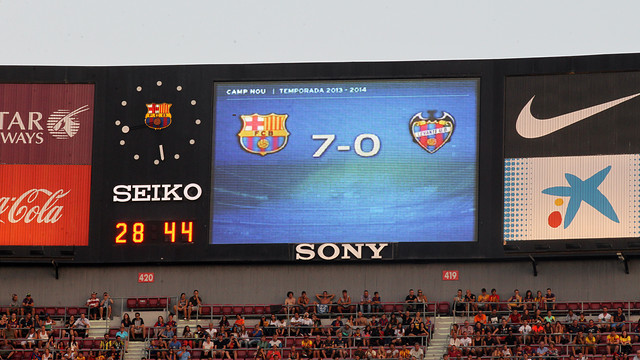 Barça hadn’t scored such an early goal in La Liga since 1986, when Lineker scored in the 2nd minute

The 7-0 win against Levante, and the 6-0 scoreline at half-time, have set a number of new records, which we review here:

• The 7-0 win over Levante was the biggest win on the first weekend of Liga football since 1955.

• Not since 1986 (Lineker) have Barça scored their first Liga goal so soon (2nd minute).

• Not since 2001 have Barça been winning 6-0 at the break (against Athletic Bilbao).

• The last time any side other than Barça has led 6-0 at half-time was Athletic Bilbao over Sporting Gijon, way back in 1958.

• No side managed by Joaquín Caparrós had ever conceded seven goals before.