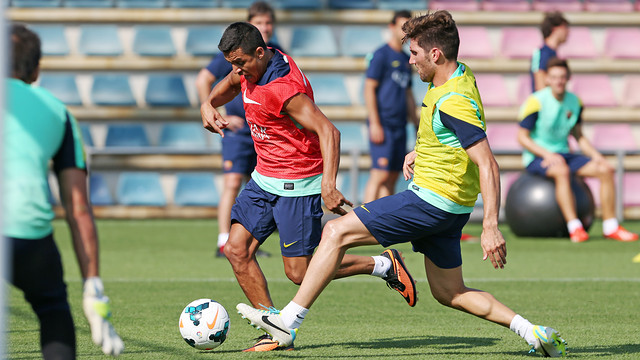 Tito Vilanova is giving his players Thursday evening off, but there’s another double session on Friday

The 12 available first team members, plus 11 from Barça B, trained on Thursday morning at the Ciutat Esportiva Joan Gamper in a session run by Tito Vilanova and his coaching staff.

After two days with morning and evening sessions, the coaches decided that they are free on Thursday evening and needn’t report back for work until Friday.

As usual early on in the preseason, the programme included a lot of fitness work, but the ball was used too. Also, following the storms during the night, the heat was considerably less intense today and the players could train in much more forgiving conditions.

Meanwhile, Puyol, Afellay and Cuenca continued with their recoveries from respective injuries.