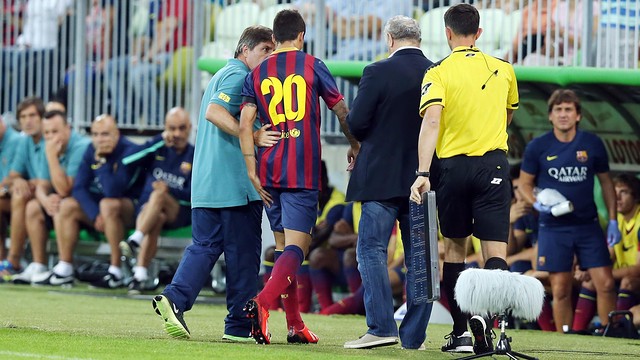 The forward was subbed off for Joan Román on 22 minutes

Cristian Tello will not feature in the Joan Gamper Trophy. Tests confirm that the player sustained a hamstring injury in yesterday’s match against Lechia Gdansk, which means he will not be available for selection against Santos on Friday. His recovery will mark his availability for upcoming matches, according to the Club’s Medical Services.

It’s worth noting that Tello noticed discomfort in his left hamstring on the 22nd minute of the match between FC Barcelona and Lechia Gdansk (2-2). He was subbed off for Joan Román, who played the rest of the match.

Last season Tello made 34 appearances for Barça, in which he scored 8 goals. He has featured in a total of 54 matches with the first team.