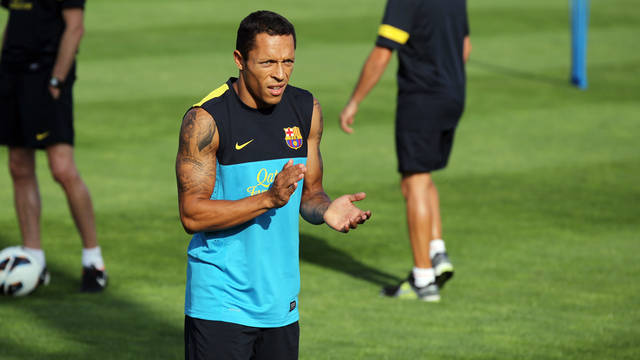 After starting the pre-season in Barcelona, the team will visit three European countries, Israel and Palestine and then two Asian countries

There’s just a week to go till Barça begin their 2013/14 season. Following their 2012/13 league title, the team – with the luxury of new signing Neymar – face a challenging next 12 months.

Back to training sessions

The 2012/13 season ended with the game against Malaga on June 1st and next week – Monday July 15th – the squad will be back at the Ciutat Esportiva in Sant Joan Despí for medical tests.

Once the opening day medical tests have been done, the squad will begin training on 16th , with those players who have been involved in international games coming back as the pre-season progresses.

Barça’s first pre-season friendly sees them visit Poland’s Lechia Gdansk, before facing European Champions Bayern Munich on July 24th , Valerenga on 27th and then a Thai XI in Bangkok on August 7th and a Malaysian XI in Kuala Lumpa three days later. The Gamper Trophy will be held at the Camp Nou on August 2nd, when Santos are the opponents.