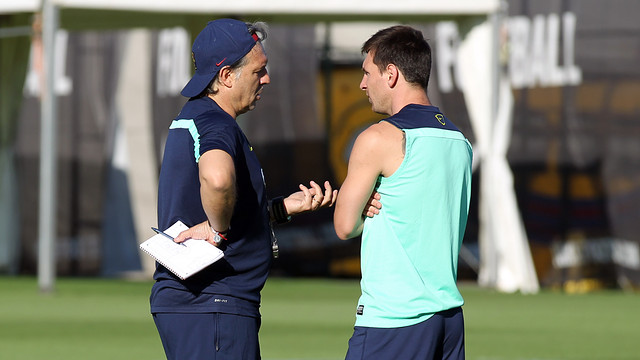 The players who travelled to Poland returned to training this Wednesday afternoon, while the players who didn’t travel participated in their second session of the day

All available first team players were present for this afternoon’s training session at the Ciutat Esportiva. This was only the second session – the first was on Monday afternoon – that saw nearly the entirety of the first team train under the guidance of Tata Martino. The only Barça B player to participate in this afternoon’s session was Bagnack.

Cristian Tello missed this afternoon’s session as he’s recovering from a hamstring injury he sustained in yesterday’s match against Lechia Gdansk. The injury will prevent the forward from making an appearance against Santos on Friday.

The team will return to training on Thursday at 8.30, Neymar will hold a press conference after the session.