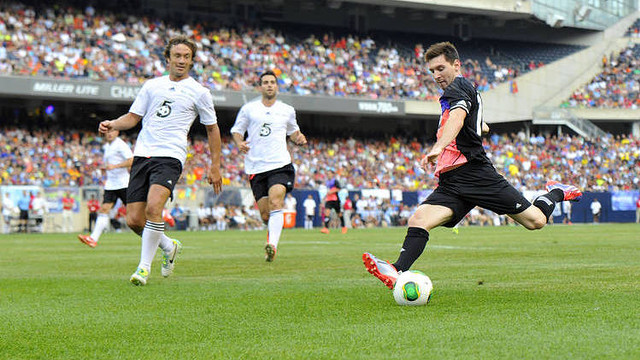 Leo Messi was the star of the exhibition game held in Chicago in front of 25,000 fans this Saturday. The Argentinean played as part of a scratch team which beat a Rest of The World XI 9-6, with all the money raised going to Messi’s charitable foundation.

As well as Leo Messi, there were plenty of other big banes atthe game, including his Barça teammate Javier Mascherano and Therry Henry, who led the Rest of The World team. Ezequiel Lavezzi, Daniel Osvaldo, Pablo Aimar and Ariel Ortega also figured in what was Messi’s final exhibition game of the summer.