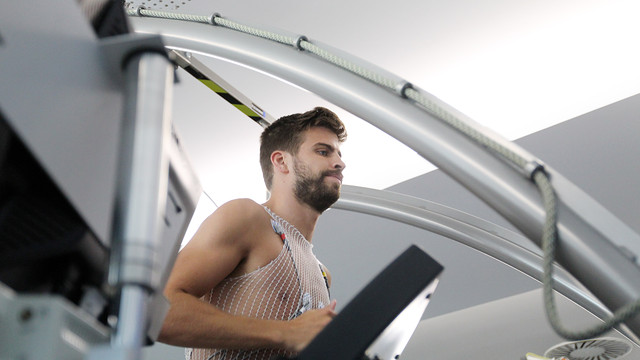 The ten Barça players who were involved in the Confederations Cup will be back in training with Tata Martino this Monday.

The squad will be back up to full strength on Monday, when the ten players who took part in this summer’s Confederations Cup  –Valdés, Alves, Piqué, Alba, Busquets, Iniesta, Xavi, Cesc, Pedro and Neymar return from their holidays. The Brazilian striker will have his first training session as a Barça player.

The ten will start their day at 9.00 when they will undergo their pre-season medical tests  – something the rest of the squad – who will be themselves training at the same time behind closed doors at the Ciutat Esportiva Joan Gamper- did two weeks ago.

New coach Gerardo Tata Martínez may take charge of his first session in the evening, when the players will train at 19.00 (with the first15 minutes open to the media).

Some of the returning players have been busy on the social networks as they prepare for their return to work:

Last day of my holidays!!!!!!! Ready to give everything in the pre-season #cannotwait

Back home again. Keen to start all over! #FCBarcelona