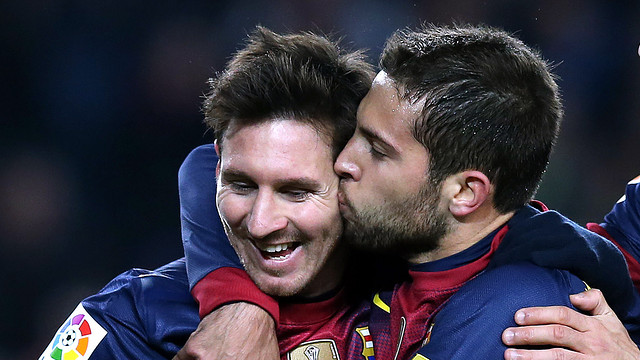 A total of 89 of the 115 league goals scored last season came from locally bred talent. Messi led the way with 46 goals

Barça scored 115 league goals last season. Products of the club’s own youth system featured prominently by scoring no fewer than 89 of them, an astounding 78% of the total. A veritable success story for La Masia.

Messi, with 46 goals, led the scoring in the league campaign. In December, the Argentinian, who learned the trade at La Masia, surpassed Gerd Müller’s record for goals in a calendar year. He totalled 85 goals, 85 for Barça and the rest for his country.

More than half of the goals scored every season from 2009/10 to 2012/13 were the work of locally produced players: