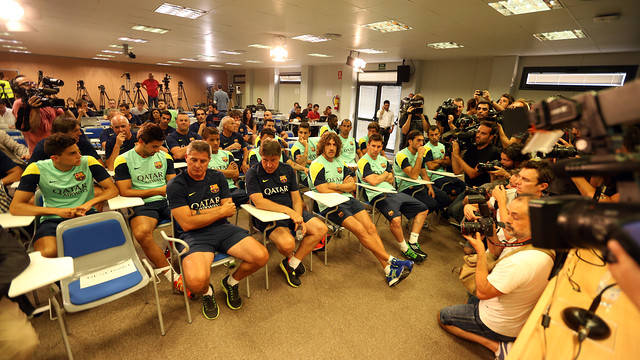 The opening week of the 2013/14 season has been one of the most intense and busiest in recent memory. Here’s a chronological look at Barça’s opening seven days of the season through the 12 most impactful stories of the week:

3- Rosell: “No one is better than Messi”

8- Tito Vilanova will not continue at FC Barcelona

9- New manager likely to be announced early next week

10- Barça looking for a new date for Polish game

11- Ten years on from Ronaldinho signing