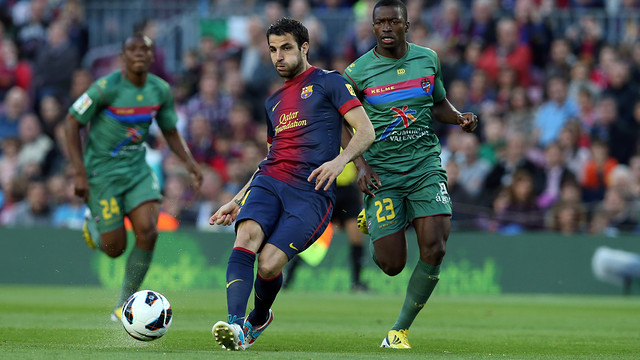 FC Barcelona will start La Liga 2013/14 at home to Levante on the weekend of August 17 and 18. It will be the first time they have started a campaign against the Valencian outfit.

FC Barcelona won both matches against Levante last season, winning 4-0 on the road and then edging a 1-0 win at the Camp Nou thanks to a late goal from Cesc.