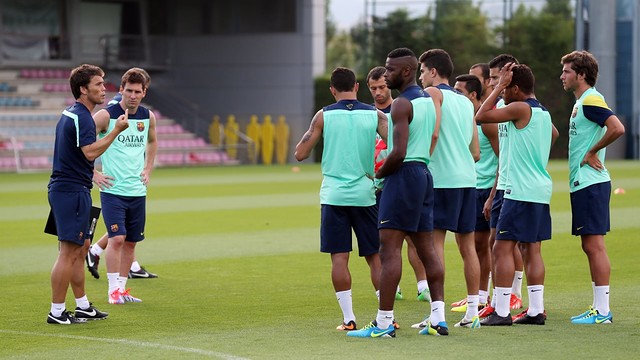 23 players will travel to Munich this Wednesday for the first match of the 2013/14 season, against Bayern. After the match, the team will travel to Norway, where they will face Valerenga on Saturday

FC Barcelona will kick off the 2013/14 preseason against Bayern Munich this Wednesday at 18.30. After this Tuesday’s training session, the coaching staff revealed the names of the players named to the squad. The 12 available first team players plus the 11 Barça B players who have been training with the first team will all travel to Germany for the first match of the season.

The team will depart Barcelona on Wednesday morning and arrive in Germany that afternoon. After the match, the team will travel to Norway, where they will face Valerenga on Saturday.

Before the list of names was revealed, Barça closed out its second training session of the day, which was held at the Ciutat Esportiva Joan Gamper. All 23 available players participated in the session.