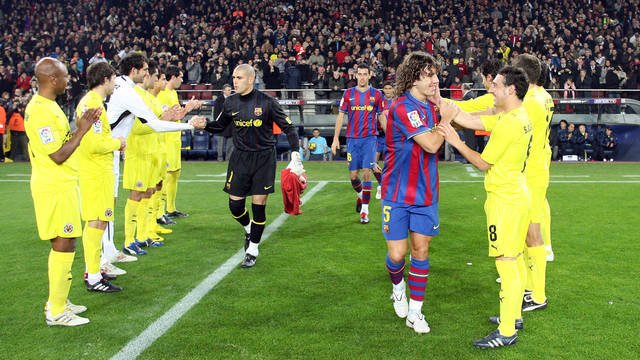 The 2006 Champion s League semi-finalists have won promotion back to the top flight after a single season in the second division.

Villarreal’s 1-0 win over Almeria on the final day of the season confirmed their promotion alongside league winners Elche.

The final promoted team will be decided in a play off between Almeria, Alcorcon, Girona and Las Palmas.

During their successful 14 seasons in the top flight (1998-2012), which included Champions League qualification between 2005 and 2011,Villarreal played Barça 26 times, winning 8, drawing 6 and with 12 wins for Barça, they always proved to be a tough opponent.

Following their relegation at the end of 2012, Villarreal began their second division life under Julio Vazquez, before Marcelino García Toral took over and led the team to a spectacular climb up the table to promotion. The team still boasts well-known La Liga names such as Mellberg, Bruno, Cani and the veteran Marcos Senna.