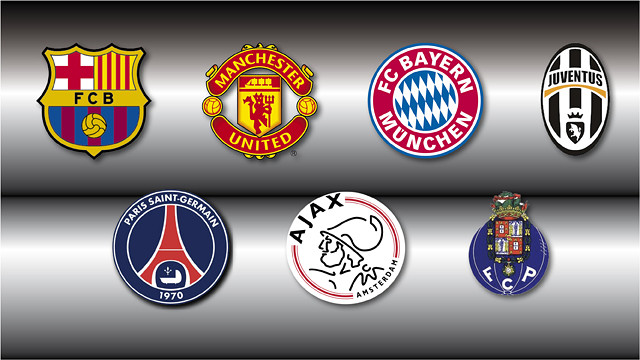 Tito Vilanova, Jordi Roura and Aureli Altimira have said before that this hasn’t been their first league title with the first team, but their fourth, as they have been with the squad since 2008 and formed part of the back room staff that helped lift the 2008/09, 2009/10, 2010/11 titles – with the team only missing out in the 2011/12 campaign over the last five years.

Barça’s domestic dominance is unmatched in the major European leagues: Manchester United have had to share the Premier title with City and Chelsea, Inter, Milan and Juventus have lifted the Italian title over the last five editions, whilst Bayern Munich and Borrusia Dortmund have each claimed two Bundesligas.

Porto in charge in Portugal

There has been a similar dominance in Portugal, where the traditional rivalry between Porto and Benfica has tilted in favour of the blue and whites of late, with Benfica only managing one title in the last five years(2009/10), whilst Porto have, like Barça won four of the last five – though they certainly had to sweat on this year’s title, winning in the last game of the season.

In some of the smaller leagues – such as In Greece and Denmark, there has indeed been a similar dominance, with Olympiakos and Copenhagen leaving the rest behind, whilst in leagues such as the Dutch, Russian or Turkish, the prizes have been more evenly distributed. Finally, in France no team has been able to stamp their authority, with six different sides winning over the last six years. 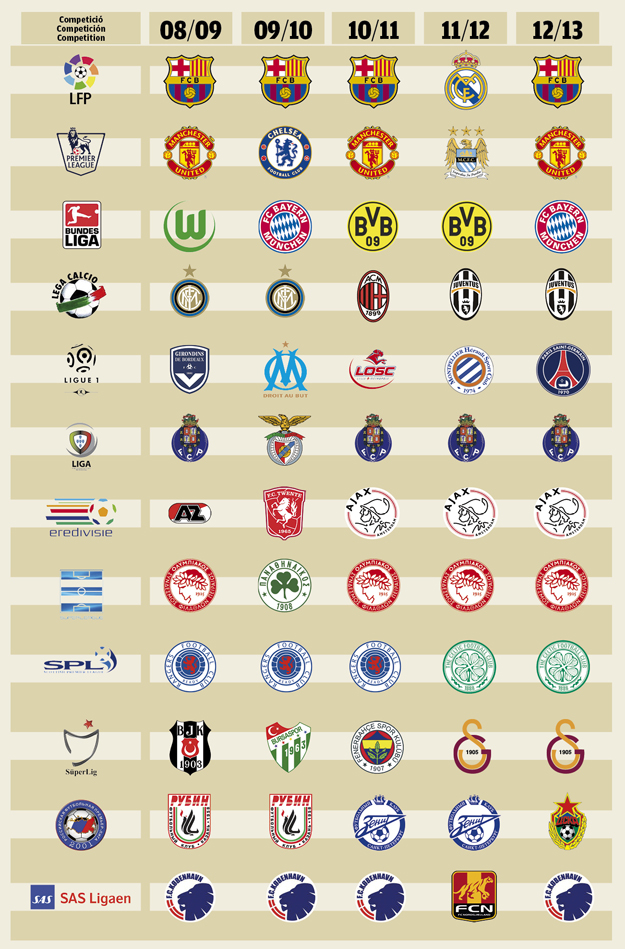