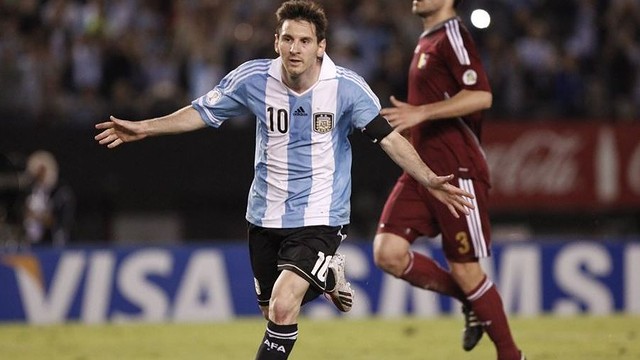 Messi and Mascherano for Argentina, Alexis for Chile and Song for Cameroon will all figure in key World Cup qualifiers over the weekend.

The Club’s medical services officially passed Leo Messi fit to play this Friday after his recovery from a hamstring injury on May 12th against Atletico Madrid.The Argentinean had suffered a similar injury in Paris in early April, but is now fit to play for Argentina.

With 9 Barça players in their squad, Spain warm up for the Confederations Cup with a friendly , as do Alves and Neymar with Brazil and the Spanish Under 21s play their second game of the tournament in the European Championships on Sunday.

In all, there are 20 Barça players on international duty this weekend in six different matches.

Messi’s possible reappearance after his injury will be the main centre of attention as Argentina face Radamel Falcao’s Colombia at Buenos Aires’ Monumental Stadium. With the hosts leading the South American classification for the 2014 World Cup by four points from Ecuador, Colmbia, a further point adrift need a win to keep any hopes of topping the group alive, whilst an Argentinean win would virtually ensure qualification for Messi and Mascherano’s side.

Chile, led by Alexis Sánchez on the back of a great finish to the season at the Camp Nou, visit Paraguay for their qualifying game and with the Chileans sitting in fourth place – the final spot which guarantees qualification – a win over the bottom side Paraguay – who have lost 7 games, drawn 2 and won 2, would be a big boost for Alexis’s side.

Spain’s final friendly ahead of the Confederations Cup is against Haiti – the fifth best Concacaf side, ranked 51 in the world – in the Lockhart Stadium in Florida. Del Bosque has called up 9 Barça players into his squad -Valdés, Piqué, Jordi Alba, Xavi, Busquets, Iniesta, Villa, Cesc and Pedro.

Brazil also play a friendly ahead of the Confederations Cup , with Scolari’s side – which includes Dani Alves and new signing Neymar – facing an always competitive French team on Sunday.

Alex Song’s Cameroon lead the African qualification group with six points from three games and on Sunday they travel to Lomo to play Togo, who are bottom having taken just a single point.

Finally, Spain’s Under 21 side face Germany on Sunday in eth second game of the European Under 21 Championships, following their 1-0 win over Russia in midweek. Thiago, Montoya, Bartra, Tello and Muniesa are all in the squad and a win would ensure a quarter final berth as the team attempt to retain the title they won in Denmark in 2011. Germany lost their opening game 3-2 against Holland