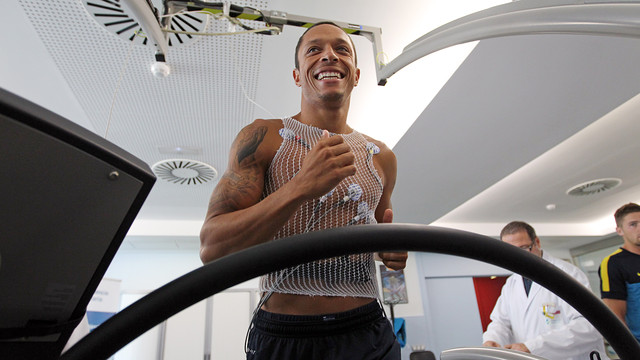 The players will be expected back at the Ciutat Esportiva for various medical tests.

Those players on international duty during the summer will return a little later.

Barça’s 2013/14 pre-season is gradually taking shape and the players are due back at the Ciutat Esportiva de Sant Joan Despí after their summer break on Monday July 15th, when they will have their usual medical tests.

Training will begin in earnest on Tuesday, July 16th, as the players start their preparations for the first friendly game on July 20th when they travel to Poland to face Lechia Gdansk (20.30). The times for the training sessions are still to be confirmed.

The Club’s international players who are playing in the summer, will return later than the rest of the squad.

After the first friendly in Poland, Barça play Bayern in Munich on 24th and Valerenga in Oslo three days later. The Joan Gamper Trophy will be played on August 2nd – against a rival yet to be confirmed – whilst the team play in Bankgok against the Thailand national team on August 7th and against Malaysia in Kuala Lumpur on 10th.