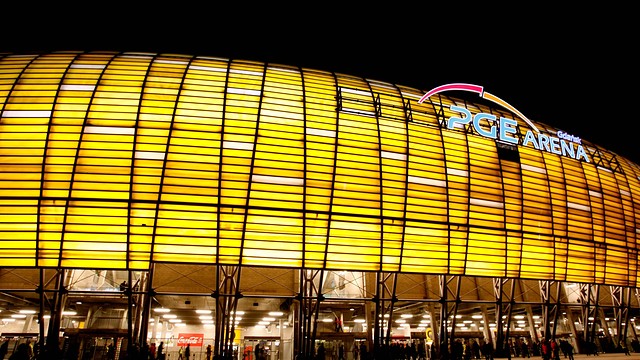 The friendly match will be played on July 20 in the PGE Arena in Gdansk, Poland, kicking off at 20.30

FC Barcelona will play Lechia Gdansk in Poland on July 20 at 20.30 in the PGE Arena, Gdansk, which has the capacity for 40,000 spectators.

This is the first of five first matches confirmed for this summer, with the date and opponent in the Joan Gamper Trophy still to be decided. The other matches are on July 24 in Munich, July 27 in Oslo, August 7 in Bangkok and August 10 in Kuala Lumpur.

The venue is the same place that the Spanish national team played group stage matches at Euro 2012, and will be the stage for the first ever meeting between Barça and Lechia Gdansk. Founded in 1945, the Polish side has been playing in its national top flight since 2008/09. Its honours include the Polish Cup and Supercup of 1983.

In the 2012/13 season, Lechia Gdansk finished eighth in the league (won by Legia Warsaw) equal on points with Wisla Krakow, with 10 wins, 8 draws and 12 defeats.

Tickets for the match, which will broadcast in some 130 countries, go on sale on Wednesday June 5 via the website www.super-mecz.pl. Tickets can also be purchased in person at the PGE Arena.